Welcome to the world of
"Captain Kenny" Neizman! 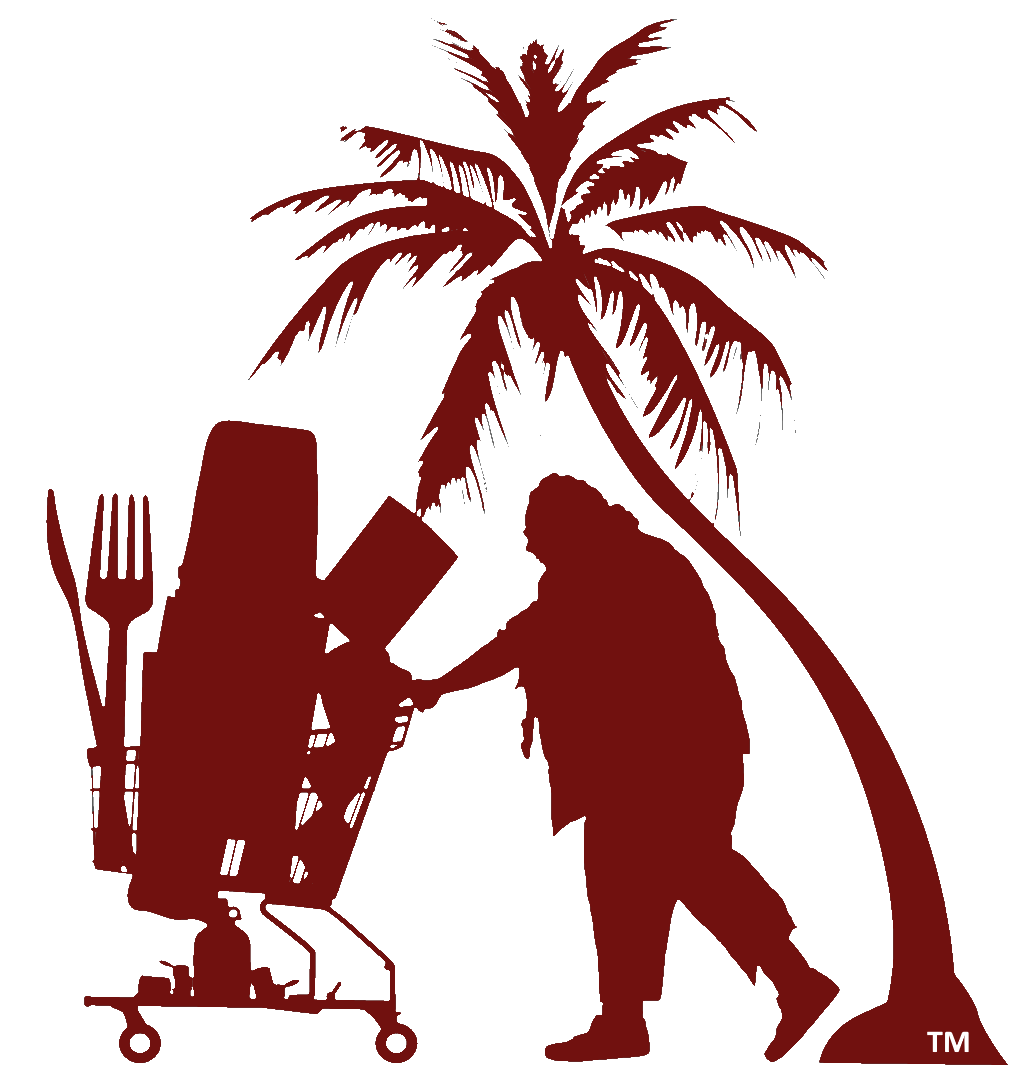 Maui in the 1980’s was awash in characters. It was not unusual to run into a Beatle, a baron or a beatnik: Or Captain Kenny - an original.

His life was a performance and his art reflected raw sensibilities at once whimsical and edgy. His far out imagery sprang from a primal vision shared by fisherman and poets.

Ed Waznis was perceptive and sensitive enough to recognize the unique quality of Maui’s “Marine Miro” and if not for his championing of this off beat talent the good Captain and his whimsical work may have remained undiscovered by the Fine Art community.

In an art world too often homogenized and processed, it is refreshing to experience and reexamine the oeuvre of this sophisticated and primitive artist.

As I remember him honking and rapping his way down Front Street in Lahaina, pushing his shopping cart overflowing with art and materials off to create a fresh rendition of his wild and wooly world, he always brought a smile to my face and a nod of appreciation for staying true to his free spirited vision…He was interesting and helped to make Maui memorable.

The Captain's career and backstory are certainly colourful....a street performing artist that developed like Maui itself into cult status....yet often selling work for less than a mahi mahi at Longhi’s.....In “The Tempest”, Shakespeare's final play set on another magical isle, there is a song which provides a most appropriate Elegy to the Captain’s love and bond with the Ocean......

Of his bones are coral made.

Those are pearls that were his eyes.

Nothing of him that doth fade,

But doth suffer a sea-change

Into something rich and strange.

This 'sea - change' metaphor is not only a literary device ....it has been used extensively in all aspects of marine art whether literal representation or abstract.....this transformation has been an integral element of Neizman’s comedic and cartoonish celebration of the Oceanic Depths.....

Capt. Neizman created his marine magic on an equally magical Hawaiian isle ... labelled the Picasso of the Pacific....the Miro of Maui ....yet if I had to select a kindred spirit ....a similar school of fish ....

.....Paul Klee glides effortlessly by ...a shared interest of subject matter a fascination with bejeweled colour and joyful humour ...Not sure Klee would have entirely embraced the Captain’s bohemian beachcombing attitudes to materials and mediums, his flotsam and jetsam sensibilities, yet the brilliance of the Captain’s backlit lampshades would have certainly raised some champagne glasses in 1920's Parisian salons surprising and delighting shoals of collectors ......Klee's titles alone 'Fish Magic' . 'Aroundfish'.....conjure Neizman themes which reflect and "create a magical realm where the acquatic, the celestial and the earthly intermingle"

The sea-change metaphor seems to be a magical phenomena on land yet under water becomes simply a natural process....

"The act of fishing – for fish, dreams or whatever magic is available – is enough. It transports us to a special world, and a state of mind, where we are free"

At the risk of this rant of paragraphs going further off track I will finish with David Lynch ....of “Mulholland Drive” fame..... from his latest offering, ”Catching the Big Fish”, comes a catchy quote....

“Ideas are like fish. If you want to catch little fish, you can stay in the shallow water. But if you want to catch the big fish, you’ve got to go deeper. Down deep, the fish are more powerful and more pure.They’re huge and abstract. And they’re very beautiful.”

I first arrived on Maui in early 1982 as the “Modern Marine Art Movement” and it's “Two Worlds” craze was surging in popularity. Painters like Robert Lyn Nelson, Chris Lassen, and Robert Wyland created surreal visions on canvas and paper depicting scenes of nautical life both above and below the ocean’s surface.

While these artists were heavily marketed and competed for the genre’s supremacy, a fourth, lesser known, but much loved artist among “The Valley Isle’s” locals was Captain Kenny Neizman. Often referred to as “The Picasso of the Pacific” (I prefer “The Chagall of the Cosmos”), Kenny’s gift was his effortless ability to depict each creation as though whimsically viewed through a child’s eyes. His humorous work has truly endured a test of time.

As art will evolve in perpetuity, so will the legend of Captain Kenny. May God bless him.